Ready to supercharge your marketing efforts with the power of AI? Get ready for cost-cutting, efficiency-boosting magic! With the ability to automate tasks and free up time for strategic thinking, artificial intelligence is revolutionizing B2B marketing. Plus, it’s fully customisable to fit your needs. In this article, we’ll show you how AI can transform the creation of marketing assets like memes, social media posts, and blog articles. Don’t just take our word for it – all images in this blog are AI generated!

TL;DR: Break down whatever content you want to produce into smaller elements, and clearly define those elements in a comprehensive manner. Then create a scoring system and based on those criteria and based your framework on maximising on the scoring system.

Before we start, it’s important to get some key ideas in place. We are using a combination of ChatGPT and DALL-E to create our products. The prompts given are only tested on these 2 AI and proven to be most successful for us.

The 2 components of the automation system are the scoring system (SS) and the framework.

We can illustrate the workings of the scoring system ‘InQ’ and framework ‘ErwinSmith’, which we used to write inspirational quote posts. No, the names does not mean anything, and, yes, you can name it whatever you want. We name our SS and frameworks with anime character’s names because we like anime and we are 17-year-olds.

A scoring system is like a game where you have to judge something based on different rules. For example, the InQ game has three rules: originality, obedience, and catchiness. To play the game, you look at the thing you are judging and decide how well it follows each rule. Then you give it a number from 1 to 10 for each rule. The numbers show how well the thing did in the game.

The combination of the scoring system and the framework allows AI to create 4 marketing assets: 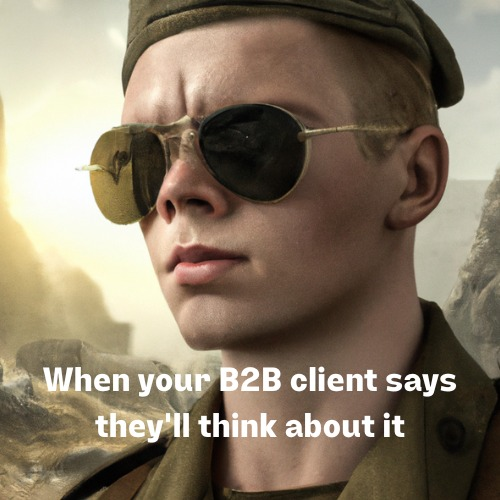 Now let’s get into the individual assets, each with their own unique format and writing style

Gentle reminder: The names of the scoring system(SS) and frameworks (eg. Mahiru, ErwinSmith, Naruto) have no meaning, they are completely arbitrary and you can change it to whatever name you want.

We found that a good meme on social media had a few key traits:

The prompt that we used is shown below:

We found that a good inspirational quote on social media had a few key traits:

We found that the traits of a good blog article are:

The key traits we identified for a good brand awareness post are:

With ChatGPT, the statistics and data must be prompted separately as sometimes the articles generated are data-less. Other times, you need to manually enter them because the database of ChatGPT is only accurate for events up till 2021, given that its training was completed then. Because of this, you need to fact-check the data generated.

While you can set the criteria based on the writing elements you want for the article, do note that there may be a limit on the criteria set. So far for us, 6 is what works best (and also the most we ever used)

With DALL-E, the images generated are not always perfect, especially when drawing real humans, as you would have seen from the second meme (Disclaimer: While we did get the picture of the people and garage from DALL-E, the whiteboard was edited in, and Canva was used to put the images and captions together).

DALL-E is also much weaker in generating realistic images as compared to artistic (eg. oil painting, matte). Hence we recommend you to include these non realistic artistic styles when generating images using DALL-E

Moreover, the editing part of DALL-E can be a pain to work with, given that you might not be able to drag seed images to the precise location you want, and the seed images being distorted in the result. Furthermore, as with all AI image generators, the images generated might not always be exactly what you want, so it may take multiple tries before you can achieve something satisfactory. Keep this in mind as you attempt to produce other assets.

If you would like to modify the current prompts to adjust the generated texts to your liking, here are some questions to guide you:

As with the limitations, do keep this in mind even as the series progresses.

Now you can create your own marketing assets with AI friends!

AI is revolutionizing the world of B2B marketing by automating time-consuming tasks and providing unique and engaging content. As a marketer, it’s important to stay up-to-date with the latest technology and consider incorporating AI into your marketing strategy. By using AI to create memes, write inspiring quotes for social media, and even write entire blog posts and articles, you can save time and effort, and ensure that your marketing efforts are more effective and efficient. Give our applications of AI a try and see the difference it can make for your business!

Are you interested in how 3 JC1 students got here? Find out more in our behind the scenes story, retold as a medieval heroic tale.

You can also read our personal reflection of the internship here!